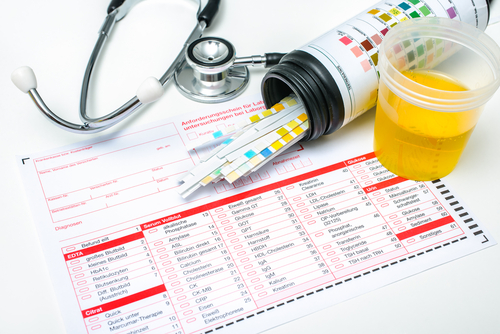 Measuring epidermal growth factor (EGF) in the urine, in addition to other standard biomarkers, could help predict a decline in kidney function in children with Alport syndrome, researchers suggested.

This finding was highlighted in a study titled, “Urinary epidermal growth factor as a prognostic marker for the progression of Alport syndrome in children,” published in the journal Pediatric Nephrology.

Alport syndrome is a genetic disorder characterized in most patients by impaired kidney function. It also can cause vision and hearing problems.

In clinical practice, the disease’s progression often is assessed by measuring protein levels in the urine, called proteinuria, along with renal function. However, these measurements may not be sensitive enough to accurately predict the disease’s progression. Better strategies are needed to identify patients who are at risk for poorer outcomes to provide them with adequate support and care.

Previous studies have shown that EGF levels in the urine are reduced in many human renal diseases. Additionally, researchers have found that adding urinary EGF levels to other standard biomarkers, such as estimated glomerular filtration rate (eGFR) and creatinine values, could help doctors more accurately predict the progression of chronic kidney disease.

Supported by these findings, researchers hypothesized that urinary EGF could also help identify pediatric patients with Alport syndrome who are at risk of disease progression.

To test this hypothesis, they evaluated 117 children with confirmed Alport syndrome, who were diagnosed at the Peking University First Hospital in China. They compared these children to 146 healthy kids.

Researchers found that the ratio of urinary EGF to creatinine decreased with age in both groups. But the reduction of urinary EGF/creatinine was more dramatic in Alport syndrome patients compared to healthy children, and it declined faster with age in this group.

Further evaluation showed that the values of urinary EGF to creatinine closely correlated with kidney function in Alport syndrome patients, as determined by eGFR.

To better understand if urinary EGF could help predict disease progression, the team analyzed data collected from 38 children with Alport syndrome who were followed for an average of about 31 months.

Supported by these findings, the team believes that the urinary EGF/creatinine ratio “is a promising biomarker for accelerated kidney function decline in pediatric patients with Alport syndrome.”

“It may help to identify patients at high risk of progression for targeted clinical care and improve the patients’ stratification in interventional trials,” the study concluded.